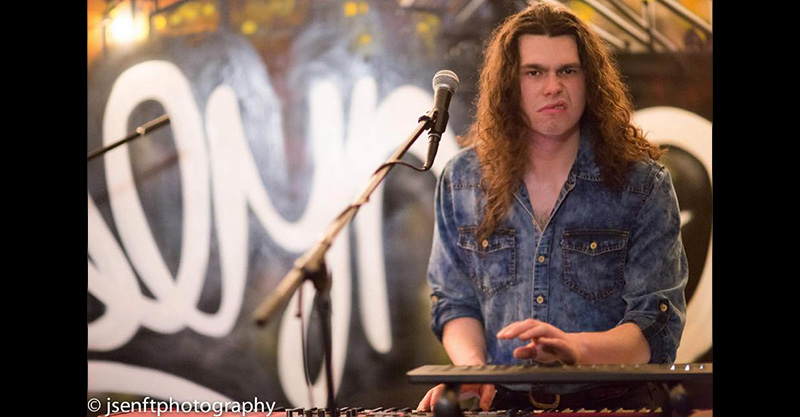 So, full disclosure, I am still a young person in the industry. I would hardly call myself an expert, and I wouldn’t call myself a veteran either.

That said, I’ve had the opportunity to experience some amazing things while in music, and I’ve certainly learned a lot. In fact, every six months, it’s like I barely know the person I was six months ago. That’s how much new information is constantly coming at me, and that’s the pace of the industry.

I’ve also spent a fair bit of money and almost every waking hour over the past four years obsessing over various aspects of my music career. Looking back, there are some things I wish I had known sooner.

And I’ll admit – some of these points were things people had told me, but that I hadn’t taken seriously until quite recently. Some of these pieces of advice are still crystallizing in my brain while I realize their true importance.

My goal with this article is not necessarily to change your mind overnight, but to plant some seeds in your mind, which will hopefully help you keep things in perspective.

Here we go – 10 things I wish someone had told me when I was younger:

When you’re a budding artist, I think it’s natural to keep your eye on what’s happening in your local scene and the larger, global scene.

Sometimes, you see an artist just come out of nowhere and make a huge splash. Suddenly, their name is everywhere, their music is everywhere, and they are playing every big festival you can name.

These overnight success stories are so rarely overnight stories. Occasionally, it does happen to young pop stars who access a boatload of major label money (think Justin Bieber, Alessia Cara) but more often than not, this isn’t how it works.

We live in an interesting time; a lot of the world’s biggest bands of today are in their late-20s and early 30s. Why? Because that’s how long it takes to get anywhere!

It is a grind. A pretty fun grind at times, but it is a grind nonetheless. Most successful artists have cycled through several projects, made a ton of music, and failed many, many times. Then, they make something that hits, and their career takes off.

If you want this, be prepared to grind it out, because that’s what it takes.

The trick is learning to love what you’re doing. Love the bar shows and the bad tours. Enjoy every second that you spend creating music without any pressure. That’s when you make your best work and that’s what it’s all about!

Nothing Matters As Much Your Music

This is something that I think is highly under-emphasized in the music business community. Of course, every piece of the puzzle matters, but nothing matters more than your music.

It is 100% possible to market an underwhelming product and actually achieve some level success, but you will not have staying power and your career will be limited.

You don’t want a career that burns bright and dies fast, you want something that lasts. To do that, you have to create something important that people connect to. This is not easy and is a true art.

Beyond that, it’s so much easier to market a killer product. If the song speaks for itself, everything else will just fall into place.

Despite what people say, great music still speaks to people and will take you further than any ad campaign ever will.

So, work on your music first. Everything else will follow.

This one ties directly into the above point about making music.

Building your brand and your identity as an artist is hard. I get it, 100%.

You want to be taken seriously, and you probably take what you’re doing seriously as well.

This makes it easier to spend days, weeks, and months fretting over your band name, your profile picture, your bio, etc.

Fair enough! You want it to be right and you don’t want to do anything damaging to your career.

So, you read 100 articles and make a big pros and cons list and annoy all your roommates about it. Fine, it’s good to do your research.

The truth is, not much can really damage your career when you’re starting out. As long as you’re always kind and honest, what harm can you do? Barely anyone knows who you are, so you can have an embarrassing profile picture or band name.

Sometimes, it’s better to try a bunch of ideas out while you’re creating in obscurity. Nobody will have much to say about it, and you can slowly but surely figure out what works and what doesn’t.

It’s always better to just go out and do something and not worry too much about it.

If you have a great idea for a music video, try it out. If you have a creative thought about promo pictures or writing an outside-the-box bio, who cares, do it. If you think you would benefit from a publicist, make sure you can afford it, but go ahead and get one.

The only way to learn in this industry is by experimenting. It’s unlikely that you’ll make the same mistake twice, and it is way worse to be paralyzed than to hit the ground running and trip.

Your Network Is Your Most Powerful Asset

Your friends, family, and acquaintances are your first fans and will be your most enduring supporters.

The first industry connections you make will often be your most lasting and important ones.

It’s so important to be a member of your local community. If you’re bored, go out to a show. Go to house parties. Go mingle at industry events. Play open mics. Write for a local arts paper.

If you’ve inserted yourself into the scene, you will have a much, much easier time building a local audience.

Everyone wants to support people they know and like. I know lots of musicians (and you probably do too) who have basically built a career on being a fun person to hang out with. If you’re even pretty good, being personable matters as much as your ability.

It’s so cliché, but it’s the truth. Who you know matters.

There Is Nothing Wrong With Having A Day Job

Maybe I was the only person with this problem, but I was totally obsessed with being a “full-time musician”. And I did it! Yay, good for me.

Only now do I see the huge benefit that having a day job.

For one thing, it’s a great way to build a network of non-musician friends. Musicians are great, but they’re not always the best fans.